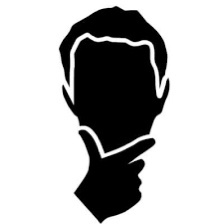 Against a backdrop of raging military offensives and pandemic-induced restrictions, the world has come to the realization that it has not been hallucinating. The world has been brought to its knees by a virus and war is back on European soil, a proud statement to the stalwart irenics the old continent has been boasting about since the end of the Yugoslav war.

Russia has been at war with Ukraine for sixteen days, an expected offensive which follows a lengthy list of diplomatic accidents and Russian abuse of power. Here is a non-exhaustive list of what I believe should be remembered.

Was the goal to frighten us or to inform us? On the France2 channel morning show, journalists were seen wearing bullet-proof vests. They were standing near casually dressed civilians getting some money from an ATM, a whole week before Russia began its invasion. The articles and images are shocking, and onlyfew come through; it’s both good the press is keeping us informed with real facts, and a problem when it’s interviews seem staged (bullet proof jackets in the middle of a bombed Kiev to answer questions a geopolitics expert could answer in his office, why?)

BBC journalists have decided to leave Russia due to a strong censorship. Why is the press reacting this way? A week ago, these journalists decided to forego their fight for freedom of speech. We’ve been told to donate resources, to contact NGOs; civilians are fighting for their cities, countries and honour; but it appears as though the press has already accepted defeat.

When I mention help from both governments and civilians, it’s important to remember people aren’t equal there. At the Polish border, guards and Poles have been helping Ukrainians reach their country, but first, second or third-generation migrants have been stuck on the wrong side. War does not erase prejudice. Racism prevails at the border.

Surely what is most important to remember is the efforts demonstrated by the victims and neighbouring countries. On platforms such as Facebook or Instagram, offers – people with cars driving to and from the Ukrainian border, strollers left for mothers fleeing with toddlers, signs to offer rooms for two, three, four people plus their pets – have been seen all over Poland and Germany. At state level, visas to work and study have been issued in large numbers to help refugees.

The 20-year-olds I talk to are both stressed by the uncertainty – does war in Europe mean we will get drafted? Does it mean we will as a nation stand against a Sino-Russian condominium? – and uneasy. A feeling of tremendous guilt has also emerged: for being helpless, for focusing on our daily lives while people fight for their country 2,000 kilometres away, for complaining about minor things compared to the struggles on the other side of the continent. To that I say, guilt should motivate us, not paralyse us. We ought to help as best we can, protesting is a good first step. People should not be made to feel guilty about not knowing how to help or feeling so insignificant that we stop trying for a while.

People are boycotting Russian establishments (hotels, restaurants) and the government is considering taking back mansions on the French Riviera if they are owned by Russian oligarchs. How is this fair? To begin with, we are not at war with Russia. Expropriating powerful Russian citizens is not fair nor is it fully legal. We should remember that Russia invading Ukraine does not mean every citizen supports the attack, and we should not judge ordinary Russians for it. Yet the M6 channel evening show focusing on feeling sorry for Russian oligarchs unable to come to France to do a second examination of the mansions they wish to buy was of poor taste.

It is a truth universally acknowledged that a single economically-dependent economy in possession of a good partnership should not go to war with said partners. Well, this has been proven wrong. Iran went to war despite the economic embargos it suffered, Russia is following the lead forty-five years later. Europe should have not known war again. Quid of the irenics? Not only does this war disrupt Europe economically and politically, asking it to rise up to occasion, but it also disrupts our ideal of peace: we were wrong, and it is a hard pill to swallow.

Thank you for reading. This is an opinion peace, not a geopolitics essay, and only aims to express what the war has brought up – the good as well as the bad.