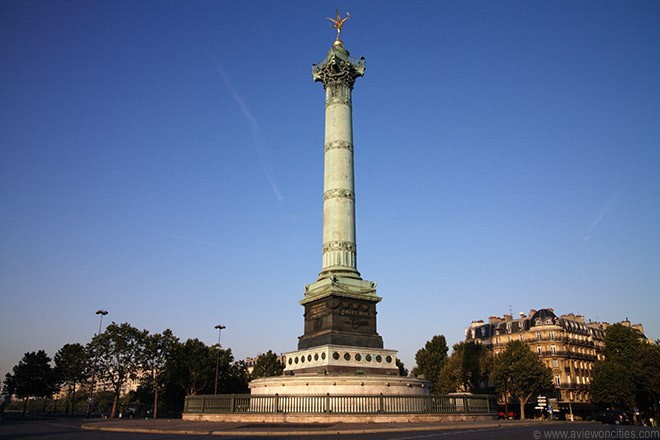 Paris: the city of Culture, Art, Love and Gastronomy – the dream of artists, students and intellectuals from all over the world.

For you, as a foreigner that chose to spend a semester or more at ESCP Europe, Montmartre embodies the bohemian and artistic heart of Paris. Saint Germain des Pres is synonymous with poets and intellectuals drinking coffee and remaking the world. Both neighbourhoods have been portrayed gloriously on the silver screen time and time again. But that is a faded picture – today the place to be for students is in the neighbourhood of ESCP Europe. Surprised ?

The 11th arrondissement seems quite quaint compared to the famous touristic areas Paris offers, yet it played a core role in the French history. It was here that the Parisian revolutionary tendencies had their deepest roots and where many revolts broke out during the 19th century.

The Bastille Prison, former fort built in 1370 and which became a prison under Richelieu’s rule, is paradoxically a symbol of liberty through its role in the French Revolution. The storming of the Bastille took place the 14th of July 1789 and a year later, a great celebration commemorating this day was held. Ever since, the 14th of July has been a French National Holiday.

This area also incarnates the French Republic. The third Republic was proclaimed the 4th of September 1870 during the French-Prussian war (Prussia won), after the enemy had imprisoned the Emperor Napoleon III. Setting up a new government was delicate, and popular support needed to be mustered. In 1879, a competition was organized: the artist that would create the greatest monument celebrating the Republic would win. The monument you can see Place de la République was designed by the winners of this competition: the Morice brothers.

Today, this square carries with it powerful symbolism – it represents the French Republic and its values, democracy, liberty, equality, fraternity…

After the Charlie hebdo attacks, the commemorative march, used both to pay respect to the victims and to denounce the repression of free speech, started at Place de la République.

The victims of the November 13 attacks were also commemorated on this square. If you happen to pass by Place de la République, you will see flowers, candles, drawings and notes all around and on the Morices’ monument. 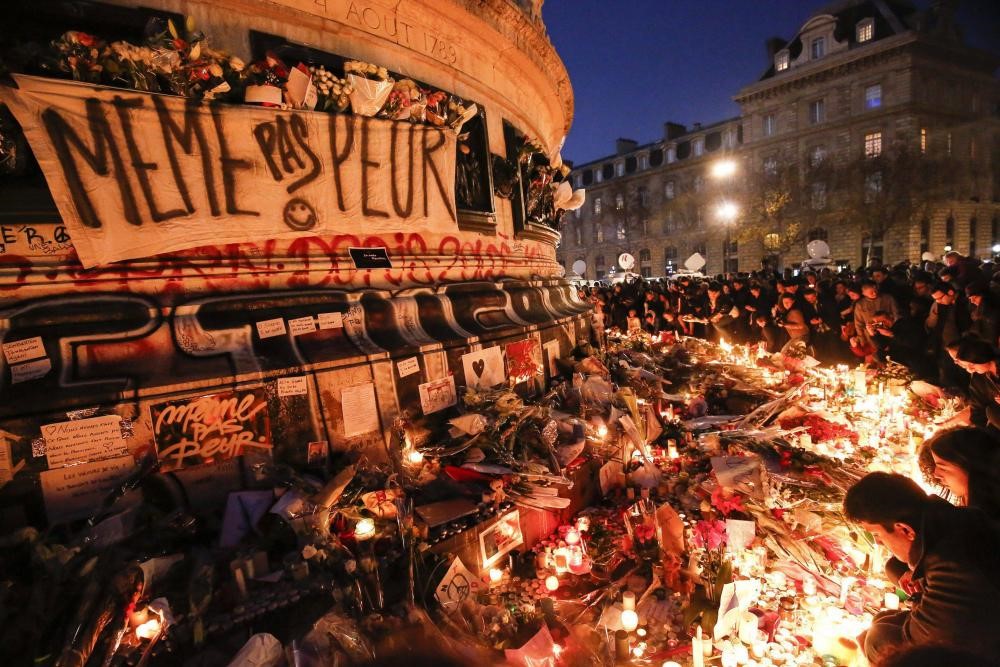 Interestingly enough, Napoleon Bonaparte also decreed “every citizen has the right to be buried, no matter his or her race or religion”. From then on, excommunicated people, unbelievers, comedians, were allowed to be buried.

If you pass by (it can take a while to go through the cemetery, it’s huge), you should try to find the graves of some celebrities resting there: Jim Morrison (his grave is watched by policemen, it has already been stolen twice), Molière, Proust, Sarah Bernhardt, Oscar Wilde, Balzac, Musset, Georges Bizet, Chopin, Apollinaire, Eluard, Rossini, Méliès, Ingres, Edith Piaf, Gérard de Nerval, Pissarro, Jean-Baptiste Say (one of the founders of ESCP Europe)… and so many others. 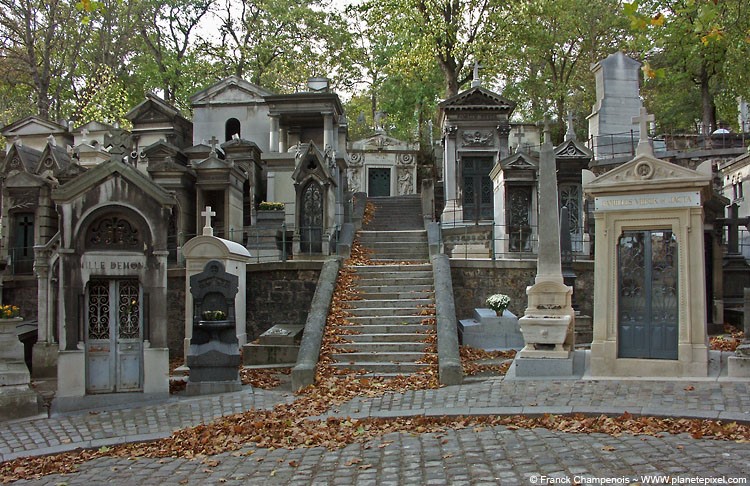 About Edith Piaf: you can visit her apartment, in the Ménilmontant area, rue Crespin. In “Les mômes de la cloche”, she sings about Canal Saint-Martin, a 4,5 km long canal in the 11th arrondissement, where students, artists, lovers and other strollers gather for a drink during the summer’s mild nights.

This quarter is nowadays a meeting place for trendsetters. Boulevard Voltaire, boulevard de Ménilmontant, rue Oberkampf, rue Saint Maur, rue Jean-Pierre Timbaud all bubble with energy. In the humming network of streets and venues beyond Place de la République, you will find both grungy and chic bars. During the day, go to Rue Charlot to find trendyy, smart boutiques and art galleries. Walk around, and you will also find many markets and theatres.

Once a symbol of the French Revolution and the French Republic, the neighborhood has gone above and beyond, growing into the symbol of youth and the joy of living. 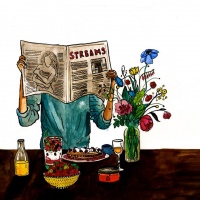 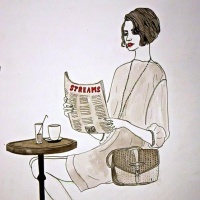